In 1970 the musical group Crosby, Stills, Nash & Young released “Teach Your Children.” The single rose to Number 16 on the Billboard Hot 100 list that year. Graham Nash wrote the piece as a reflection on war, the issues of the turbulent 1960s and 1970s and the way in which society was teaching the lessons learned to its children.

This edition of Issues could be titled “Teach Your Children.” In it, the articles and editorials focus our attention on how the Truth and truths of the Reformation are taught and communicated in the home, the congregation and the church-at-large. Some snippets to whet your appetite:

In the midst of 21st century crises of authority and identity, parents can tell their children, on the basis of Luther’s catechisms, that the God of conversation and community, who confronts them in Scripture, is the ultimate authority they need. Parents can relate to children that whatever they think of themselves and however they evaluate what they have done in terms of their own expectations, Jesus thinks that they are more than cool. He thinks that they are His. Their core identities spring from what God deems them to be. Whatever the reality of their own experience of their failures and insufficiencies, of their ignoring God and wishing He were not looking, of their being rejected or ridiculed, disdained or despised, the more fundamental reality of their lives proceeds from the re-creative promise of Jesus Christ, who has claimed them as His own. (Dr. Robert Kolb)

The universities do not have a monopoly on sinners with terrified consciences who need to hear the Gospel, nor do they have a monopoly on hardened sinners who need to hear God’s Law. Every Christian congregation is filled with sinners—consists only of sinners—for whom it is so important that the Word of God be proclaimed in its truth and purity and the Sacraments be administered as Christ instituted them. (Dr. David W. Loy)

This is yet another lesson for today: teaching and learning are not just conveying stuff, trying to get the subject right as judged by those who have declared it so. “Back up the truck and dump the load” is not the way to go. Teaching and learning have substance, but they are always eminently practical, with “so what?” as the last question. Subject matter matters. (Dr. Robert Rosin)

How are we to fill the living jars of clay in our congregations with these Reformation treasures to show that the surpassing power belongs to God and not to us (2 Corinthians 4:7)? Five centuries after Luther, the responsibility and challenge for Reformation education remains focused on parents, pastors and the church’s teachers. However, is it prudent to limit such responsibility? (Prof. Russ Sommerfeld)

The Reformation movement and message were incubated in a university but were not intended to remain in an ivory tower to be documented, discussed and debated. The message of the movement was to be proclaimed and “taught in its truth and purity” so that hardened sinners may know their sin, receive their Savior and “lead holy lives” (Small Catechism). Teaching children of all ages the Good News about Jesus was the task that confronted Martin Luther in 1517. It is still the task in 2017.

Dr. Russ Moulds has served as the editor of Issues in Christian Education since 2014.  On September 30, 2017 Dr. Moulds retires completely from service to the University.  During his time at Concordia, Moulds served as Director of Counseling from 1988 to 1991 and as professor of education and psychology from 1990-2015.  He transitioned to part-time service as Director of the Two Kingdoms Network and editor of Issues in 2014.  We thank God for Dr. Moulds’ long, significant and inspiring service to our students, faculty, staff and the church through his teaching ministry and pray God’s many and abundant blessings upon Kriss and him as he transitions to a new phase and pace of life.

During the coming year the University will undertake a review of the purpose, function and utility of Issues.  Thus, the fall 2017 edition of Issues marks a pause in the production of the journal until the review is completed and a new editor is identified. 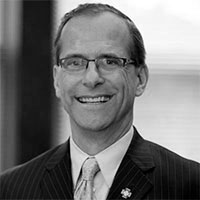